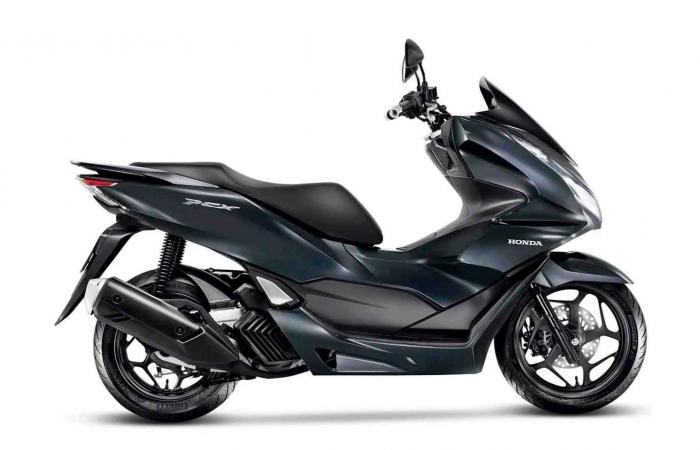 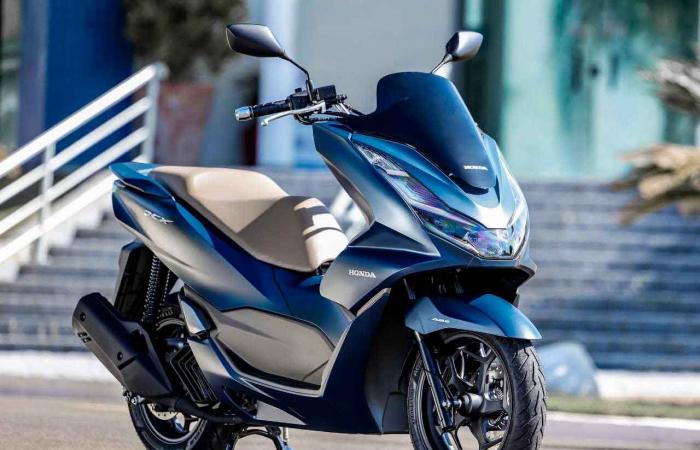 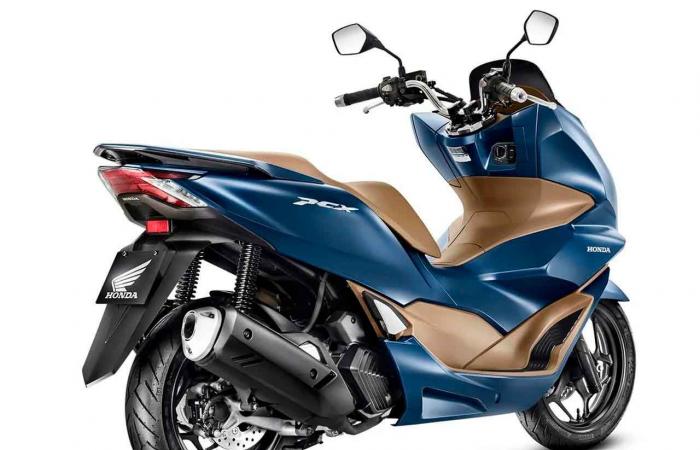 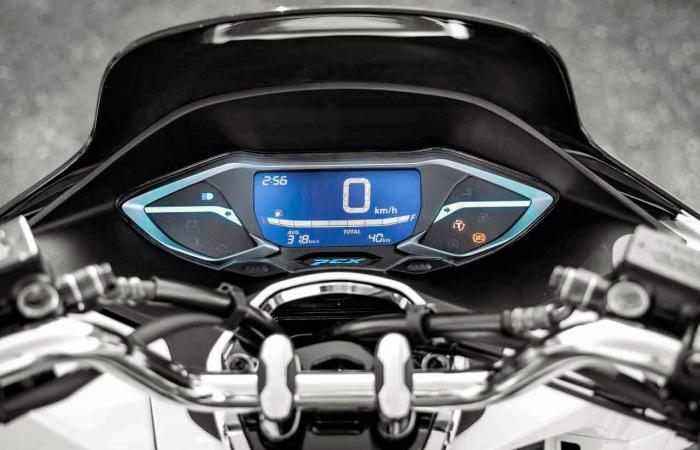 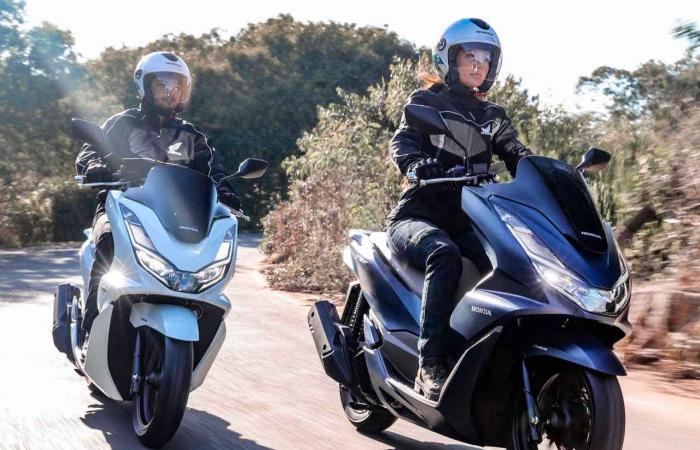 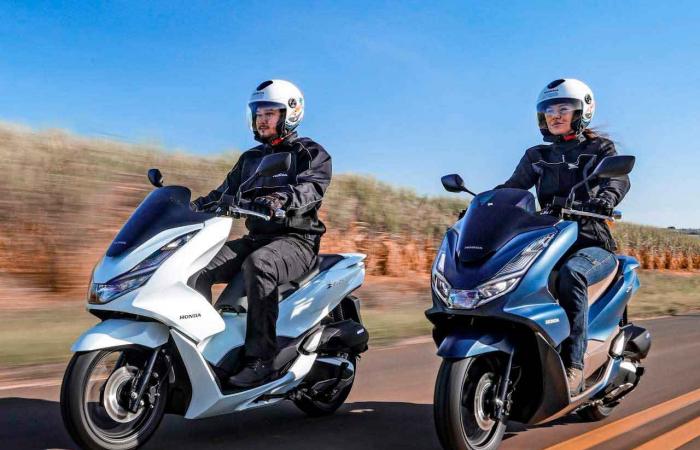 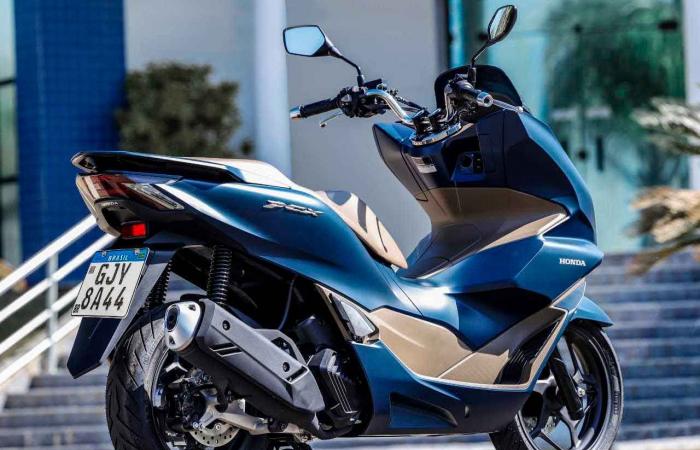 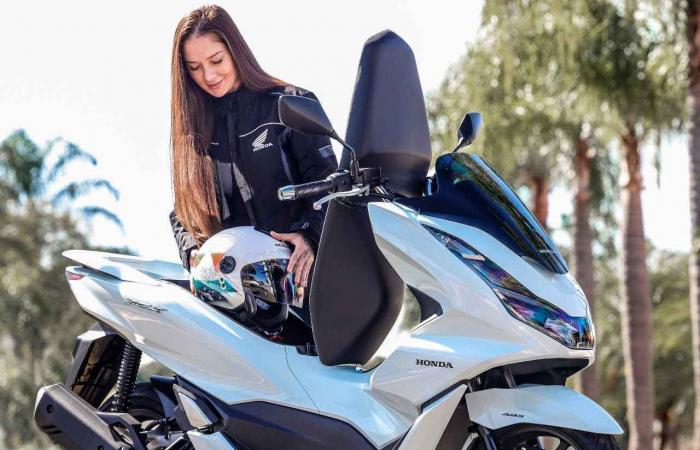 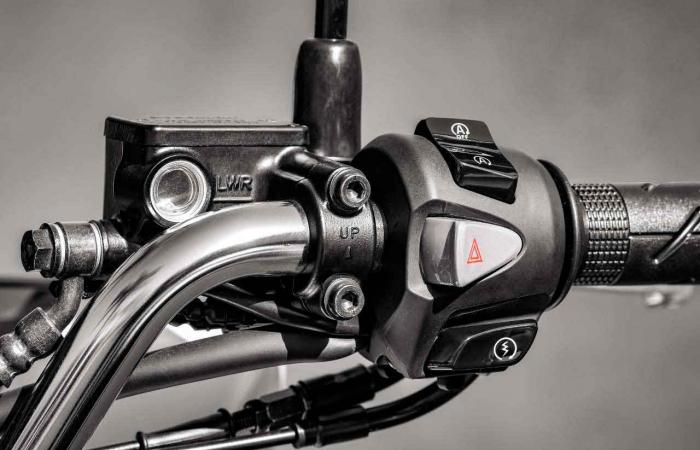 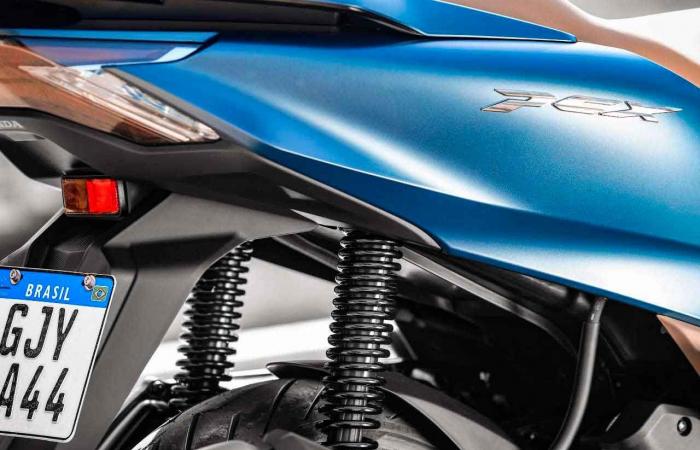 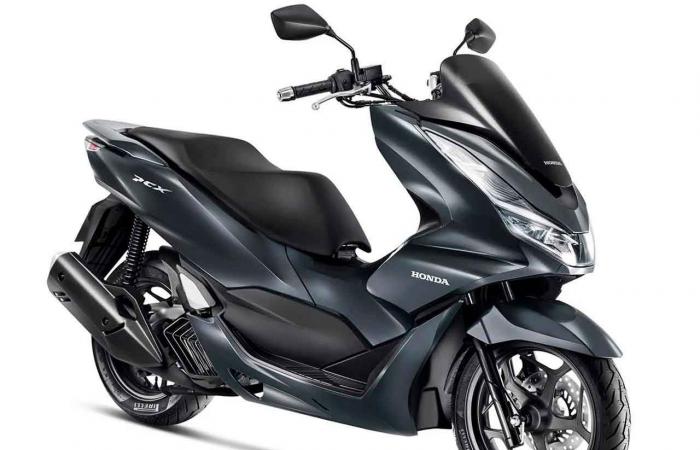 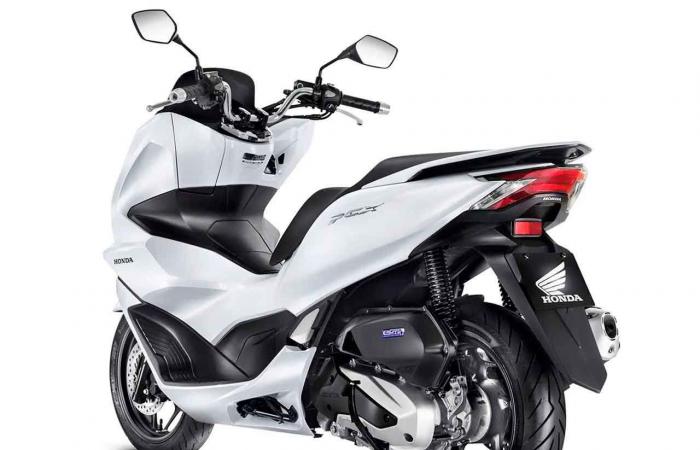 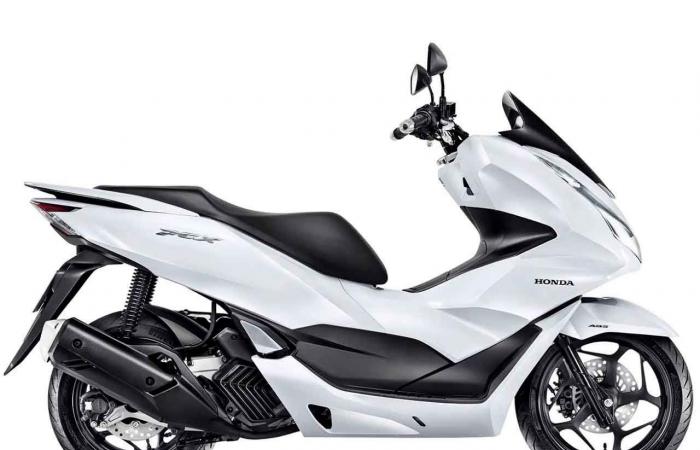 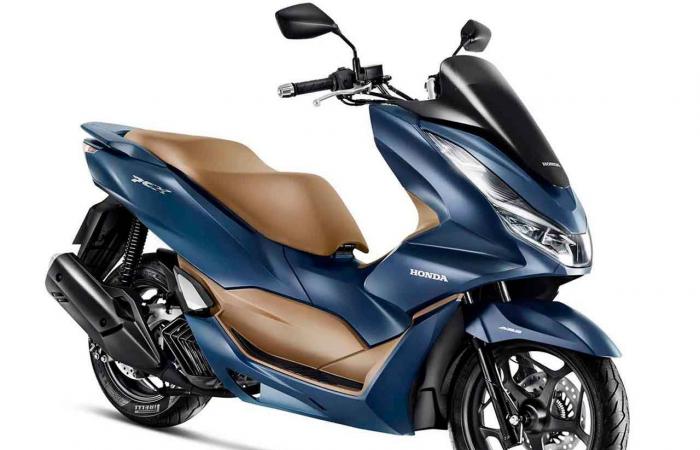 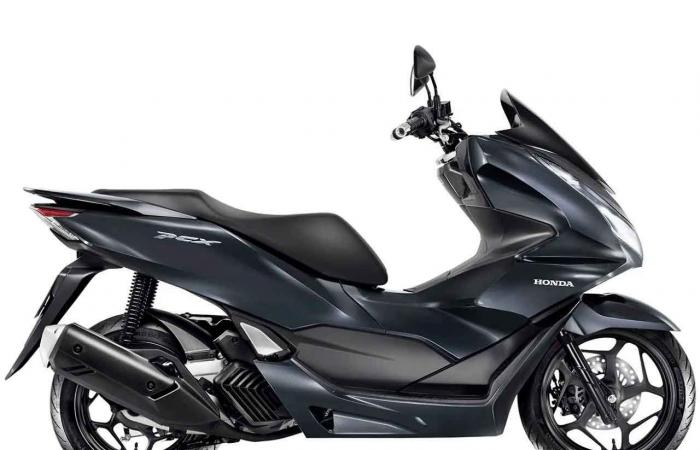 The new Honda PCX 160 2023 gains eSP+ engine with four-valve head, HSTC torque control system, in addition to new chassis and rear shock absorbers. The style was modernized, an unprecedented dashboard and more space under the seat.

The new PCX 2023 adopts LED lighting with a new design, and has a USB-A port in the glove compartment and a “widescreen” panel.

There are three versions of the model for 2023: PCX CBS, PCX ABS and PCX DLX. In all of them there is the option of the Smart Key that operates the ignition and the opening of the seat and also triggers an anti-theft alarm. The differentiation between the versions is also given by the braking system, CBS — Combined Brake System in the entry model, while in the PCX ABS and DLX the system is the ABS — Antilock Brake System –, with a channel.

O Smart Key System, a key that activates the handlebar and starter lock switch, in addition to opening the seat for access to the helmet compartment, is now also available on the PCX CBS. In all versions the Smart Key also triggers an anti-theft alarm.

+ Nostradamus predictions: Asteroid and ‘end of the whole world’

The bodywork redesign allowed aesthetic modernization, but also improved the capacity of the underseat compartment by 2 liters, reaching the mark of 30 liters of capacity – which allows to house a large helmet and still provide space for other objects.

The new PCX has a redesigned double cradle steel chassis. The wheelbase has been slightly lengthened by 2 mm. The total weight in running order is approx. 130 kg.

In the PCX CBS version, the front disc brake is the same as the other PCX’s but with a 3-piston caliper, while at the rear, the braking is done by a 130 mm diameter drum, with both wheels integrated into the CBS system.

The braking of the PCX ABS and PCX DLX versions is delivered to a dual-piston caliper and 220 mm disc at the front, combined with a 220 mm rear disc brake, with a single-channel ABS system that operates on the front brake.

The engine of the new PCX is a liquid-cooled four-valve SOHC single cylinder. The maximum power went from 13.2 hp to 16 hpwith maximum torque rising from 1.38 kgm.f to 1.5 kgm.f.

In the PCX ABS and PCX DLX versions, the HSTC system debuts — Honda Selectable Torque Control, which limits possible losses of traction of the rear tire on low grip surfaces. A warning light “T” flashes on the dash when the HSTC starts up. The system can be turned off completely using a command on the left handgrip.

The news Honda PCX 160 arrive at the brand’s dealerships from October 2022.
The warranty is three years with no mileage limit. Below, the colors available for each of the three versions and their suggested prices (based on the Federal District):

+ Jade Picon shows abs on a sunny day at the beach: ‘Where I feel better’
+ Video: Gabi Martins is caught naked by the neighborhood while recording
+ Elizabeth II would have modified her will: who did she leave out of the inheritance?

See some opinions about the new PCX 160

+ Who is the richest TV owner?
+ Why are lead coffins used in the burial of members of British royalty?