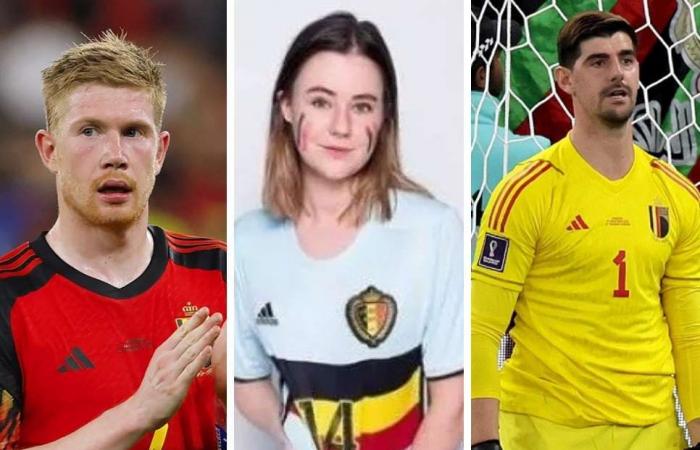 The “love triangle” involving the cast of Belgium still moves social networks and gossips on duty. That’s because Caroline Lijnen, former girlfriend of player Kevin De Bruyne, would also have had an affair with goalkeeper Thibaut Courtois. The bullshit is old, from 2013.

Without fame until then before the relationship with De Bruyne, Caroline was seen as an “ordinary woman”. But the love triangle exposed by Caroline herself left her forever marked in the history of the two players who defend the Belgium national team. Apparently, in the middle of 2022, they still don’t speak.

“In the summer of 2012, Kevin told me he hooked up with my best friend. I gave him a choice: either her or me. I was ready to give it another chance, but our relationship was never the same”, said Caroline, at the time. aged 21.

At the time, the midfielder was playing for Wolfsburg (Germany) and his relationship with Caroline ended up going into crisis. Which eventually led to the involvement between Caroline and Courtois, teammate (and for a brief moment, Chelsea). The account was from Lijnen herself, in 2014, in an interview with the Belgian magazine “Story”, which covers the world of celebrities.

“That night, Thibaut offered me what I hadn’t received during a three-year relationship with Kevin. With Thibaut, I could talk about anything and everything, and he even cooked me a delicious meal. Kevin never did that for me. “, she said, adding that she had been betrayed by De Bruyne before.

“Kevin cheated on me and I thought, ‘Why shouldn’t I do that too?’” he added.

Currently, the two national team mates are already in another relationship. De Bruyne is married to Michele Lacroix. The couple has three children. Courtois is engaged to model Misehl Gerzig.

Caroline is also in a relationship with
Joris Lindelauf, who is a grain and seed wholesaler.