Amie Donald, who plays M3GAN, has already won a medal at the World Dance; know who she is – Entertainment 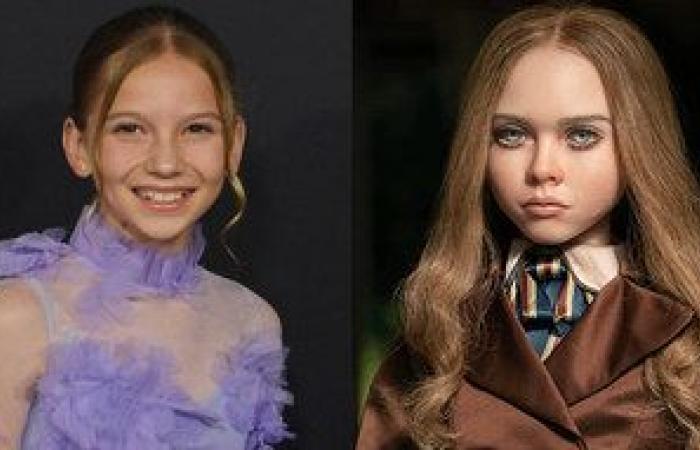 M3GAN is one of the biggest hits movie theater in early 2023. The sci-fi horror film has already grossed $125 million at the box office and became a phenomenon on social media. Much of the success is due to the protagonist, played by Amie Donald (the voice of the character is made by Jenna Davis).

The girl, who turns 13 next Saturday (28), was born and raised in Auckland, New Zealand. In addition to being an actress, she is a dancer and stuntwoman.

Dancing, by the way, was Amie’s first passion. She practices jazz, tap, contemporary dance, hip hop and acrobatic dance. In addition, she won two medals at the 2019 Dance World Cup: silver in jazz and bronze in contemporary dance.

Not by chance, the most famous scene in M3GAN it’s just a little dance by the actress, who rocked TikTok.

“When she did (the dance) for the first time, we were like, it was a spontaneous applause from the whole crew. It was an impressive display of skill,” said Allison Williams, Amie’s partner in the film.

To play the doll, Amie had to wear a mask that practically covered her entire face. M3GAN’s eyes were computer-generated.

On social networks, the actress shares several dance videos with her almost 32,000 followers on Instagram, in addition to behind-the-scenes recording of M3GAN.

The film, which has already had a sequel confirmed, is the first of Amie’s career. She also participated in the series Sweet Tooth. Her next work, still without a premiere date and many details, is a film called Thank you.

In addition to Chucky and Annabelle: See which are the 7 scariest dolls in the cinema