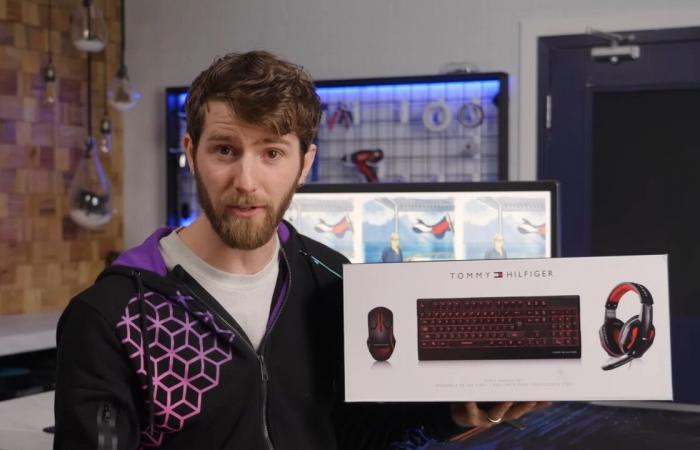 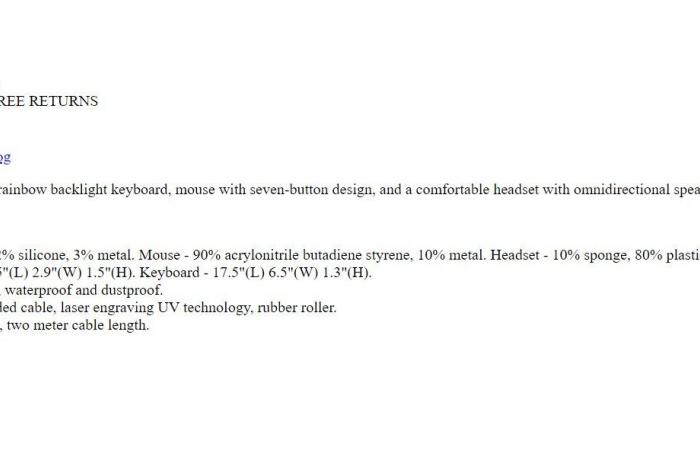 The fashion brand Tommy Hilfiger sells a bundle of mouse, keyboard and headset under the name TH Gaming Kit. However, the quality and price of the input devices are at different – the wrong – ends of the scale: The simplest products in the cheapest category were sold for around 150 US dollars.

“Dirty crooks“ calls the YouTube channel LinusTechTips the offer in the title of a video. This turns out to be more than mere sensationalism, because the clear announcement is followed by a precise analysis of the products, which puts the previous criticism from other channels on a sound basis. Even the packaging is misleading. All the products there glow red. In fact, the color of the mouse changes in the rainbow spectrum, the keyboard in four differently colored zones at the same time. However, the colors cannot be adjusted; only the headset offers fixed, consistently red lighting.

The bundle’s headset is connected via a 3.5mm jack. The USB port, which is also present, has no meaning for the function, it only supplies the red LEDs with power, the channel explains. In playback, the headset mainly offers bass, no mids and hardly any treble, so it is for gaming use ill-suited andall along the line kacka“. The suspicion of a manufacturing error could be ruled out. The seat was also described as tight and uncomfortable, and the artificial leather of the ear pads also made you sweat.

In terms of quality, the mouse also plays in the lowest league. Sample rates between 1,200 and 3,200 dpi were measured in the analysis to 600 to 1,500. The sensor, moderator Linus Sebastian showed, is also overwhelmed with fast movements, the latency for inputs exceeds a cheap, wireless Logitech G305 by a factor of six – on average, 30 and 5 milliseconds were measured for the two mice. During testing, a high deviation rate in signal acquisition was also noticed. The mouse cable also remained 10 centimeters below the specified length of 150 centimeters, a popular saving trick in the (ultra) low budget sector.

Little effort for the keyboard

The keyboard was constructed in a similarly inexpensive manner. A stabilizing metal plate could not be seen in the pictures of the disassembled input device, the rubber dome buttons rest directly on the light guide. The chassis was correspondingly flexible, and the typing feel was judged to be correspondingly poor – especially in comparison with a cheap office keyboard from Lenovo, which was used as a comparison in the video.

In a comparison test in 2014, ComputerBase was already able to show that a large quality range is offered in the price range under 15 euros. In general, big brands seemed to be able to offer far better products thanks to more volume for little money. This also makes it clear from which area Tommy Hilfiger bought.

To offer such a complete package for 150 US dollars borders on usury. At Amazon you can find bundles from the three product categories from 30 euros, with a comparable budget there are countless product combinations whose quality is already far better on paper. The gaming set is primarily aimed at the ignorant or it should be sold with high discounts that suggest an extreme bargain due to massive percentage discounts.

There is a reaction to the rapidly increasing attention to the bundle. The product page of the TH Gaming Kit is now unavailable. It can still be called up in the Google cache without images and contains the note that TH Gaming Kit is due to its “great popularity” sold out. In Germany, a gaming headset that looks similar is marked as sold out, but is still listed – by the gaming specialist Zalando. However, it is not advisable to buy it, even if it is available.