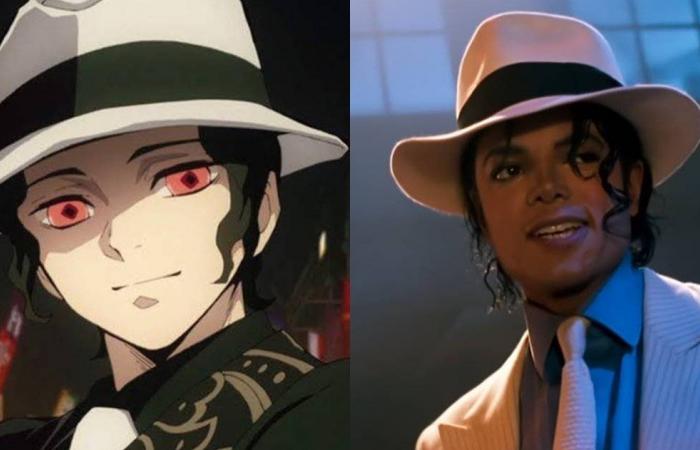 We explain to you the real reason why the King of Demons from Demon Slayer looks so much like Michael Jackson.

Since the beginning of the anime, the King of Demons has been talked about many times, that being who created aberrations to build an army of monsters in order to achieve his goal, to be immune to the sun. When Tanjiro Kamado finally finds this Muzan Kibutsuji, viewers were also impressed by his appearanceand not only because of how much he resembles a human being and because he has an ordinary family, but also because of his strong resemblance to pop legend Michael Jackson.

At first glance it is easy to think that the villain is based on the singer, since he has a very similar look, pale skin, curly hair and the most incredible thing is that he wears a hat and pants of the same style. This could be a direct inspiration or a simple coincidence, and if you have asked yourself the same thing when you met this character, then we are going to leave you the answers about its interesting design.Kimetsu no Yaiba: This is the dark reason behind Mulan Kibutsuji’s hat

Why is Muzan Kibutsuji’s design similar to Michael Jackson?

Kibutsuji Muzan, the most powerful demon

Muzan is said to be based on Michael Jackson because of his great similarity, but the creator has never confirmed anything about itso in the community of followers it has remained a meme because the character has a very similar to the one in the video “Smooth Criminal”since he has the same white hat and the same pants as the artist’s interpretation.

However, what would explain the Demon King’s appearance could have a lot to do with the era in which the Demon Slayer story takes place in Japan, because this would be between 1912 and 1926, which would be a time known as the “Taisho Era”. Here would set true conflict and cultural change big enough that it would answer a lot about Muzan’s design.

Fear of foreign influence in Japan

The Italian mafia that came to New York

During this time the Japanese had a incredible fear of foreign influence, for which they criminalized any object or person that came from outside the country. This is because during the beginning of this era, many foreign ships were beginning to arrive for various commercial and tourist reasons, but back then, the Japanese highly judged Americans and other foreigners by his problems with crime and the mafiaalthough they also kept in mind the good things that each country contributed to the world.

On the other hand, while this change was happening in Japan, the United States was going through a great wave of Italian mafia gangs in New York and Manhattan, and the members of these groups had their own way of dressing, such as wearing a short hat and wearing a suit. This represented that he could come from a certain mafia and it is what the Japanese were afraid of, which would explain that the villain of Kimetsu no Yaiba was designed in such a way that he did a certain reference to the Taisho Era to be seen as the criminal What is it. In fact, the very outfit that Michael Jackson wears in Smooth Criminal is based on this type of clothing due to the theme of the song.

In the Ten Nights Dream book by author Natsume Soseki, there is a character named Shotaro, who represented the insecurity of Western influence in Japan in a story where he tried to escape from a horde of pigs trying to lick him until he died, and it was a clear reference to how the mafia could enter Japan. Of course, this character also had a hat similar to the one worn by Muzan and it would be another inspiration for the villain in Kimetsu no Yaiba.

Muzan pretends to be a human so he won’t be found out in Demon Slayer.

Let’s remember that Muzan is the King of Demons, and, therefore, he has many special abilities that he has used to Gradually adapt to human society, so much so that it even goes unnoticed among people. This means that the villain probably does not have a fixed physical form, since at any moment he could change his style and his face again to look different. In fact, if the story were set in a different time, we might see a very different version of Muzan Kibutsuji in Demon Slayer.How did Muzan Kibutsuji become the demon king in Kimetsu no Yaiba?