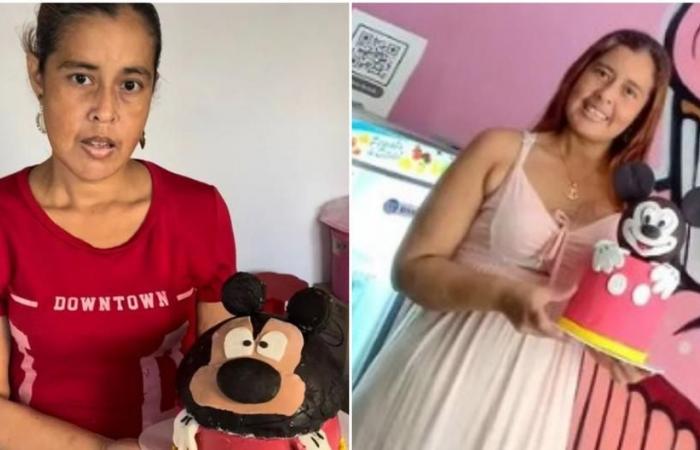 In April this year, the case of a pastry chef from Colombia who was harshly criticized on social networks for a Mickey Mouse cake. In those days, Marjorie Cantillo Romero suffered cyberbullying after delivering a cake that did not resemble the famous Disney character.

Later, the woman explained that the bad job occurred because a relative of hers tried to help her, despite not knowing about decorating cakes. “My daughter, who is not a pastry chef, in her innocence helped me when she saw that she was taking me long and when I arrived she had already covered the pudding,” she said at the time.

After the episode, the pastry chef denounced that they bullied him daily and that he even received threats. Despite the problems, he continued to work and was trained to improve the quality of his work.

Unfortunately, Colombian media released a few hours ago the death of Marjorie Cantillo.

According to Noticias Caracol, Marcela Cantillo died after falling down the stairs and hitting her head. After the accident, she was hospitalized for 20 days and passed away last Sunday, August 28.

“After being teased he suffered stress and depression”said her daughter in conversation with Impact News.

As you remember, the pastry chef was not only a victim of bullying on a daily basis, but also reported that some unknown persons threw stones at his home. On the other hand, he said that the sales of his business, which had been running for three years, dropped drastically for the attacks.

Despite this, Marcela was able to get ahead thanks to the support of caring people who offered her help after learning about her story.

One of them was the actor Rafael Caparrosowho said goodbye to Marcela with a heartfelt message on her Instagram account.

“Your departure was unexpected. Thank you for giving me the opportunity to meet you. I know your struggles. Today I sincerely ask you no more digital bullying, enough of so much hate and resentment. A lot of strength to your daughters, husband I accompany you in this pain. Rest in Peace Marjorie, I keep your smile, the desire to improve yourself to be able to get ahead and help yours, “wrote the artist.